Fished at alarming rates, manta and devil rays line the streets of many fish markets around the world – sought primarily for their gill rakers – the feathery structures these filter feeders use to strain their food as they glide through the water. At a one-time payout of about $250 per kilogram, is it really worth the destruction?

Infographic: Manta and Devil Rays at Risk
No comments:


Manta rays today received provisional protection against unsustainable international trade when 178 nations voted on whether to list the species under CITES Appendix II during an assembly in Bangkok, Thailand. 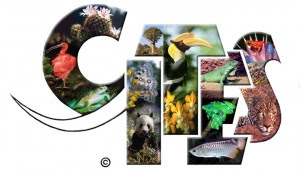 Manta rays, together with the five shark species under consideration, have successfully been awarded protection under the Convention for International Trade in Endangered Species. This marks a considerable step towards conserving this threatened species, and we sincerely hope that the decision will be confirmed by a plenary vote later this week.

Manta rays, oceanic white tip sharks, scalloped hammerheads, great hammerheads, smooth hammerheads and porbeagle sharks have all been provisionally accepted for listing under CITES Appendix II. This decision will permit some legal and sustainable trade, provided it is not detrimental to the status of wild populations. As such, exporting nations will be required to establish the scientific and regulatory expertise to monitor populations and implement harvest and export controls.


“Sharks and manta rays are extremely important to the ocean ecosystems,” said Sam Rauch, of the U.S. National Oceanic and Atmospheric Administration. “The global protection that CITES offers these incredible species will complement existing international shark protection measures by ensuring their trade is sustainable and does not threaten their survival. We are thrilled these important shark and ray proposals were adopted and applaud the leadership of the many countries that helped us get there.”


CITES currently has 178 member nations, and proposed additions to Appendix II must be agreed to by a two-thirds majority during an assembly that is held only once every two to three years. Today’s result highlights the strong worldwide commitment to effective and immediate management and conservation of manta rays

We were happy and proud to sponsor the recent Making Waves in Colorado event run by the  Colorado Scuba Retailers Association and Colorado Ocean Coalition in Boulder, CO on October 20-21, 2012.
With over 500 people attending the various activities during the two day weekend, the message was loud and clear, we need to protect our oceans, even from a Mile High!

The thank you was great!

Dear Richard,
On behalf of all the members of the Colorado Scuba Retailers Association and Colorado Ocean Coalition, we would like to extend a huge thank you for donating a vacation to Matava Resort to the Making Waves in Colorado event. With your support, the CSRA was able to raise over $10,000 to support the Colorado Ocean Coalition and the Ocean Foundation in their efforts to educate the public on ocean conservation and policy change for protection of our fragile oceans.

With over 500 people attending the various activities during the two day weekend, the message was loud and clear, we need to protect our oceans, even from a Mile High! From Jean-Michel Cousteau encouraging attendees to get out and dive, to our training representatives answering questions on the basics of scuba certification, the industry showed a great presence. In addition, our speaker representatives were able to educate attendees on safe diving practices and environmental protection efforts that are being made throughout our industry.

We would not have been able to make this event such a success without your help, so we thank you for contribution and support of this event. It is vital that the scuba industry continue to support environmental movements in ocean conservation and we look forward to a successful event next year as well. We want to create a lasting impression on all Colorado ocean lovers, showing the scuba industry cares about our oceans and is willing to do anything to protect the marine environment for generations to come.
Sincerely,
Alexandra Miller
President, CSRA

Manta rays, a species close to the heart of every diver and every individual who cares about the future of our ocean, are increasingly threatened with extinction. They have roamed the ocean for 150 million years and yet we are witnessing their ecocide before our eyes.

Demand for manta ray gill rakers – or the internal feathery structures that strain plankton – has risen drastically, driving untold numbers of deaths for the Asian medicine market. The gruesome and cruel destruction of these gentle creatures is needless, tragic and extremely alarming.

As the environmental voice of the global dive community, Project AWARE is working at every turn to ensure that mantas will not disappear on our watch. Help us ensure maximum protection for these animals before it’s too late. The time is now. Make an urgent donation today to support critical conservation efforts to protect mantas globally.

FACT: Manta ray catch has nearly quadrupled in seven years according to the Food and Agriculture Organization (FAO).

FACT: Project AWARE has a track record of success on this critical issue. In 2011, in coordination with our partners and with your support, we succeeded in safeguarding this wide-ranging, globally threatened species and its key habitats under the Convention on Migratory Species of Wild Animals (CMS). Project AWARE has the global reach and seasoned expertise needed to try to stop this slaughter - but we need your financial support.

FACT: Worldwide value of manta-based tourism and filming is estimated at $100 million USD per year. Manta rays top divers’ must-see list time and again. Divers around the world have of a truly special relationship with marine creatures and this means we must play a pivotal role in their protection.

Project AWARE is now targeting protection for mantas and their close relatives the devil rays under the Convention on International Trade in Endangered Species of Wild Fauna and Flora (CITES) – the world’s largest, most effective wildlife conservation agreement. CITES protections offer the best hope for controlling the manta trade globally and ensuring species recovery.

The battle ahead is going to be difficult. But our opposition is underestimating us. Dive supporters span the globe as guardians of the sea from surface to depth. We will not let manta rays die silently and needlessly. Exercise this power, make waves and join together with us in protecting mantas and devil rays today.

Visit the Manta Rays at Risk section of our website for more information on the manta gill raker trade. Thank you for your urgent support!
3 comments:

Promote Your Page Too